Now to add some keyboard control so that our hero is able to jump and run around.

First we'll need to define some keys. You'll notice that one key (quit) is already defined in the [Input] section, which is used as the default input set.

This assigns labels to keys. These labels can be accessed in the code.

In order to affect the hero object, it will need to be assigned to a variable so that it can be worked with. Change the HeroObject creation line in Init() to be:

And declare the variable at the top under the include orx.h line:

Now it is possible to affect the object in code. We'll add a vector direction as a speed to the object based on the key pressed:

Compile and run. Our hero will run left and right with the cursor keys. Sweet! Except he runs off really quick and doesn't stop.

He needs some damping on his body to slow him down when a speed is not being applied:

Run that and our hero will decelerate to a quick stop when no key is pressed.

Next, we can add a jump:

This code is like the previous key input code but this one only applies impulse just the once when the key is pressed - not if it's held down.

Compile and run. Your hero can now jump around: 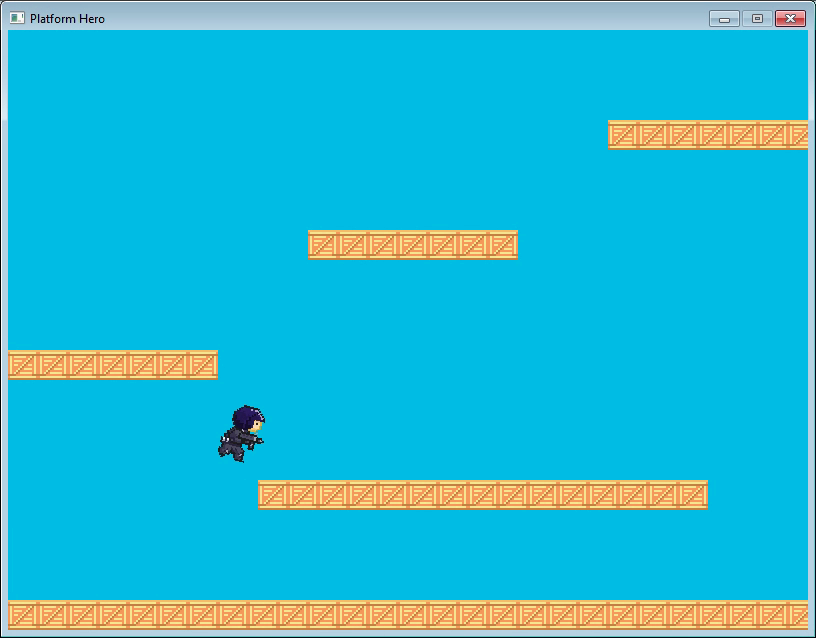 Cool he can jump around using the shift key. But our hero turns over when he hits a platform edge. We can fix that by fixing his rotation:

Run it again. Much better!

Next: Part 11 – Running and Standing.