When you compile Orx, not only do you get the Orx libraries, but you also get the Orx Bounce Demo. The demo is provided as both a small code demonstration of Orx features, but also to allow you to experiment with an Orx application, and test it on your system.

This can be found at:

There are three versions of the executable as:

Run one to play with the demo. 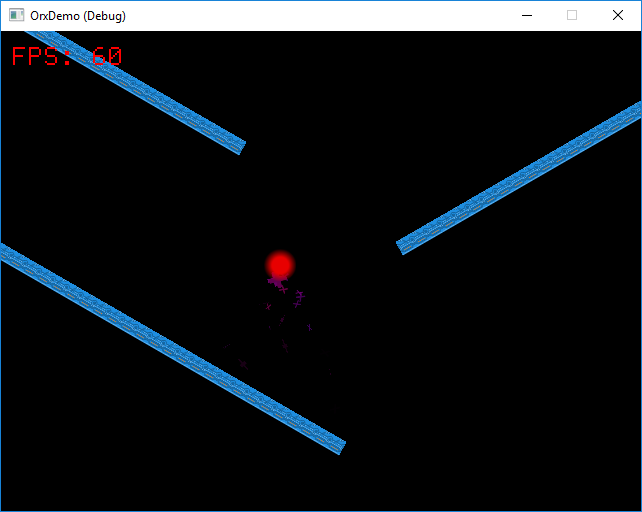 The source for the demo can be found at: orx/code/plugins/Demo

All games and applications created with Orx have an Orx Console built in. The Demo has one too. You can experiment with many items in the demo using the console. If you want to learn more, see: Guide to the Orx Console and Commands